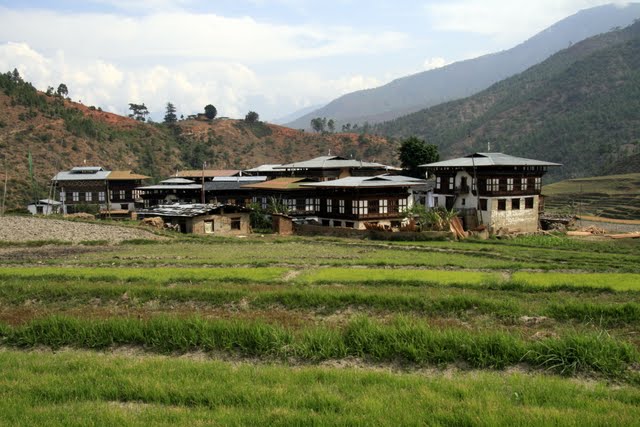 At the temple, Kinley picked a name for his new born daughter by pulling a string-tied page from a book of names; all names come either with Kinley (name of temple) or Chimi (meaning no-dog based on a mythical story). Ma prepared herself for tomorrow’s trek to the Tiger’s nest by grabbing a wooden stick from one of the trees. The struggle for chicken continued even at an Indian restaurant called Chula whose menu featured a dozen chicken preparations common to a Bombay restaurant. We had no option but to head to Hotel Pedling for our protein dose. In the mean while, Chibu & my parents got a good deal on Adidas shoes. 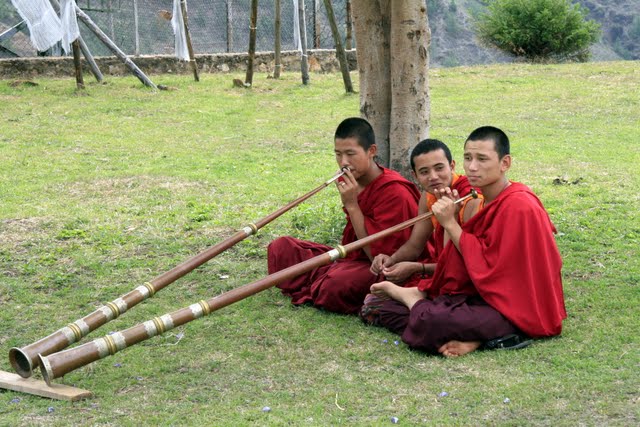 On arrival at Paro, we headed straight to the National Museum that bears treasures from the 8th century. There are stone vessels, paintings, currency, dresses, stamps, stuffed birds & animals and much more. Entry closes at 330pm and we made it just in time. But by the time we were done, the photo gallery was closed. We then headed to our hotel Tashi Namgay, one of the best luxury hotels in Paro that overlooks the airport. We were offered a river-side cottage with 2 separate rooms; each with a sitting area, kitchen and beds. What I loved most was that it was Wi-Fi enabled.