Today, we celebrated the unofficial reunion of the IX-E class. Esteemed guests invited and present were me, Joe Matthew, Pranay Arora, Rohan Nagarmath, Vivian Fernandes, while Pranab Patel & Gaurav Samel ditched us. Puneet Arora and Vinayak Samant also graced the occassion, although they were gone by the time Pranay realized his 20 grand phone has a superb camera. 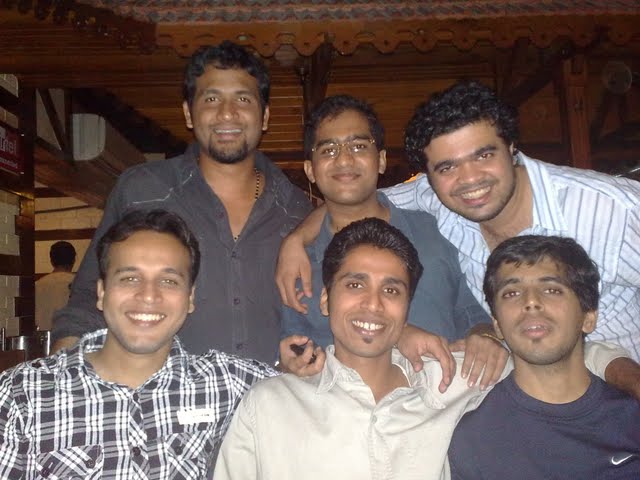 The forerunners had assembled at 5pm, while others joined soon (and Vivan joined too late). With Rohan’s tenacious memory, we opened dossiers for everyone from our batch. Varied opinions about people’s location and current affairs were clarified with help from Vinayak dada, who was now more social than ever. We got really hungry around 8 and moved to Heritage. We showed our respect for independent India, by cutting back our bacchanalian moods. Rohan couldn’t wait to order mushroom and other Chinese dishes. Towards the end the guys had smoked so much that the first thing into to the house, Ma asked if I had started.

We’re planning our next meet around Christmas, when Clement Gojer is expected to be back from the UK and Richard Menezes will join in from Pune. We should also be able to rope in Amit Pednekar, Akshath Poojary and the Adke brothers.

I was stunned by the quality of photos from Pranay’s new N82. The 5MP auto-focus camera with flash brought out one of my best pictures. Is Pranay not looking funny?